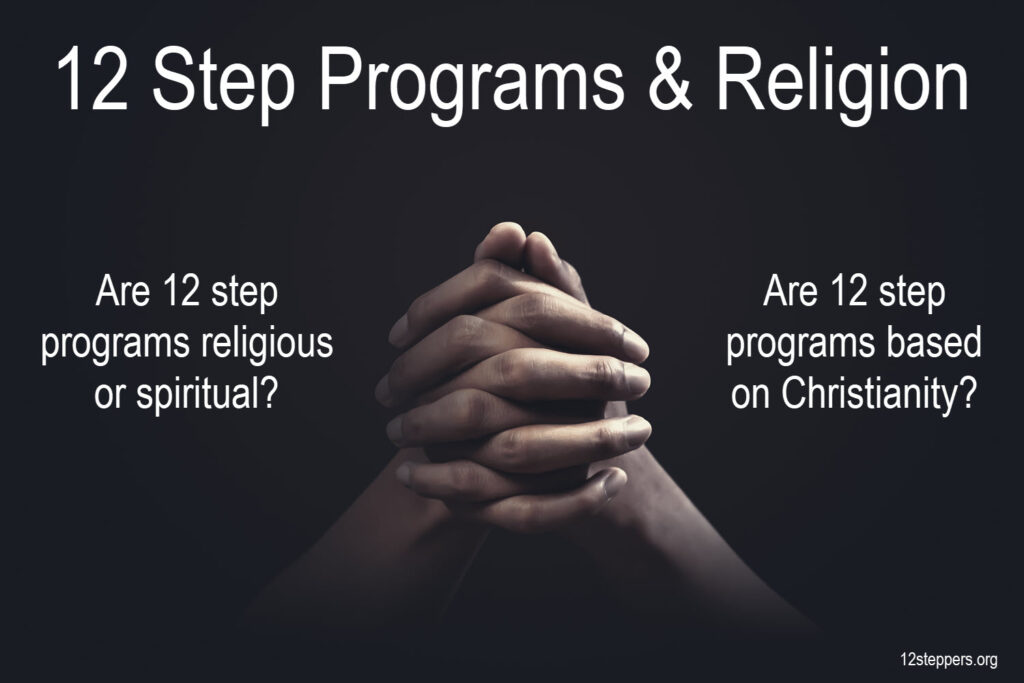 The less religious someone is, the more they notice how prevalent the focus on God and religious symbolism is in AA. The word God appears 315 times in the Big Book of AA.

What makes the 12-step conception of religion unique is that every addict can use their spiritual conception. Since there is no specific dogma that guides belief, there is an infinite variety within the membership of the groups.

The Christian Background of AA

The first 12-step program was Alcoholics Anonymous (AA), and it is very much a product of its time and place. Founded in a time when the United States was a very Christian and Protestant nation.

The two founders of the organization, Bill W. and Dr. Bob, were firm believers in Christianity and many of their ideas had blossomed out of religious-oriented seminars they had participated in. Not surprisingly, the basic AA literature is strongly influenced by these beliefs. When they refer to a Higher Power, they explicitly refer to God.

Another religious element in 12-step meetings is the “serenity prayer”:

Although it does not contain material that is strictly Christian, it was written by an important theologian of that faith. However, the wisdom behind Dr. Rheinhold Niebuhr’s prayer transcends religion and belies a deeper universal truth.

However, the founders of AA were well aware that not all of the members of the fellowship are Christian and they wanted the program to work for everyone. Therefore, the original literature does not refer specifically to Christian doctrine, even if it does use that language extensively for cultural reasons.