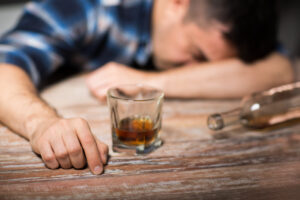 Narcotics Anonymous has so blatantly been explained as a fellowshipThis refers to the members of AA and the bonds of support between them. It is this fellowship that allows addicts to share their stories and accept each other in a world that is not always understanding. More for those who struggle with substance abuseThe use of a drug in a quantity that is harmful to the user mentally or physically. Death and serious harm are usually caused by regular abuse rather than the casual use of drugs. More addiction. It is intended for addicts who are seeking out recoveryThe process by which addicts attempt to break the hold a certain substance or behavior has on their lives. This can refer to participation in a wide variety of methods. What they all have in common, is a sense that life is improving and the addict is regaining control. More or the desire to stop using. When the average person hears the words “Narcotics AnonymousNA is the second-largest 12-step program. Formed in 1953, it is designed to help those who wish to recover from drug addiction. More,” their first thought is that the individuals who attend these support groups are there to stop using drugs, which leads to the bold and confusing question – are you allowed to drink if you are in Narcotics Anonymous?

AlcoholAn organic compound used in many products, most notably intoxicating drinks. Alcohol addiction is known as alcoholism. The first 12-step program was devised to deal with that malady. More for Addicts

Many addicts may try to justify what alcohol is to them. In fact, for many addicts in recovery, their drugA name for a wide variety of chemical substances capable of altering the function of your mind and body in significant ways. These can include over the counter prescriptions, alcohol, and controlled substances. Most drugs are either physically and/or psychologically habit-forming. More of choice was never alcohol. Alcohol is generally one of the first and initial substances put into their bodies, which is what usually leads them down the road of addiction.

For most addicts, it doesn’t matter what substance is being used; what matters is that it is mind and mood altering. While some addicts prefer to have a drug of choice, it simply doesn’t matter how much or what kind as long as it takes away from whatever they are feeling at the time or place. To put it generally, most addicts could care less what is being used as long as it gets them high.

Why Alcohol is Detrimental to SobrietyIn 12-step programs, an individual is sober when they are no longer partaking in the behavior or substance to which they are addicted and living a better life following the program. Both are necessary to achieve sobriety. More

Simply put, alcohol is considered a drug and should not be consumed by anyone who is in recovery. Many addicts viewed alcohol as a separate drug before they entered into Narcotics Anonymous. Whether it was their inability to empathize with an alcoholicAn individual with an unhealthy dependence on alcohol. From the perspective of AA, it is an individual who has lost control over their life due to an inability to stop drinking. More or to see how alcohol was a drug, it doesn’t seem to make sense as to why they can’t drink alcohol.

Unfortunately, this can be the cause of many relapses when an addictAn individual with an unhealthy dependence on a substance or behavior. An individual remains an addict even years into recovery and must therefore remain active in recovery. Read more about drug & alcohol addiction & withdrawal at Withdrawal Info. More is in recovery. Why is alcohol considered a drug? Alcohol is simply another substance that is being used to alter the state of mind of the user. It may seem innocent when one drink is had, but as many addicts know, one is never enough; an addict usually wants to continue using whatever substance is available until they are no longer in their normal state of mind.

Alcohol can be a confusing drug, mainly because it is legal and it isn’t usually what an addict would choose to use when given the opportunity – that is why it can be so dangerous to recovery.

Why NA Chooses to Abstain from Drinking

The programThis refers to any official course of treatment for addiction. This could be anything from in-patient facilities, to 12-step programs to harm-reduction programs. More of Narcotics Anonymous explains to addicts in recovery that alcohol is still a drug; whether it is legal, always around or unable to be avoided. In the “Basic Text” introduction, the literature reminds the reader that recovery isn’t limited to just abstaining from drugs; it is abstaining from any substance that will alter the mind or mood.

It is a method of trying to change one or more aspects of their life that they do not want to deal with. Alcohol is no different than any other drug. The diseaseSome refer to addiction as a disease, comparing it to physical ailments. There are similarities, as both have a detrimental influence on body and soul and are treatable through medical means. More of addiction does not discriminate against addicts, nor does it discriminate against what kinds of drugs are being used.

While Narcotics Anonymous is a separate group from Alcoholics Anonymous, there is no difference when it comes to describing alcohol as a drug for addicts in recovery. Although it may be more difficult to connect or empathize with an alcoholic in AA, NA wants addicts in recovery to focus on the idea that any substance used will lead them down the path of destruction.

The program and fellowship of Narcotics Anonymous is based on the same principles, stepsThe steps are a practical guide to recovery and full spiritual life, laid out in the Big Book of AA, and used by a large number of groups ever since. By definition, a 12-step program is based on the belief that recovery is best facilitated by diligently working the steps. The steps guide addicts by ... More and traditions as Alcoholics Anonymous, so the differences are only slight. There is no way for an addict to use any drug successfully – whether it be illegal drugs, alcohol or marijuanaThis psychoactive drug from the Cannabis plant is perhaps the most common recreational drug in the world. It has strong medicinal benefits but can also cause physical harm and psychological dependence. Marijuana has a much lower social stigma than in the past and is now legal in many countries and U... More. Even in the instance where an individual was able to successfully drink alcohol without getting drunk or blacking out, the fact of the matter is, no matter how in control an addict may feel, eventually, the drug will get the best of them. “Our reaction to drugs is what makes us addicts, not how much we use.”

Abstaining from Drugs and Alcohol

The key to recovery and the focus of Narcotics Anonymous is to abstain from drugs and alcohol entirely. The program and fellowship of NA can help individuals seeking recovery find solutions, utilize the tools and knowledge available and provide resources to addicts in recovery to find sober and healthy ways of living.

One of the biggest tools of the fellowship is the support system an addict in recovery can build with other members to build sober lifestyles around people and places where alcohol or drugs will not be available. It doesn’t matter what it takes for someone to stay sober – what matters is that they do it.

The fellowships of Narcotics Anonymous and Alcoholics AnonymousThe original 12-step fellowship, formed in 1935, to help alcoholics, regain control over their lives. It remains the largest 12-step organization and has contributed to the sobriety of millions worldwide. Read more about Alcoholics Anonymous More both rely on the same idea that staying sober and completely abstaining from mind-altering substances is the only way an addict is going to survive. Working the steps and the program with a sponsorAn individual in a 12-step program requires a sponsor to help them work the steps and hold them accountable for their recovery. The sponsor should be readily available when help is needed. A member with a sponsor is considered to be the sponsee. More in the fellowship will not only keep members sober, but it will give them a solution to their problems, just for today.

12steppers.org is not partnered or affiliated with any 12 step programA 12 step program includes 12 steps of recovery to help those struggling with substance addictions or behavioral addictions. The 12 steps are also used in programs dedicated to helping loved ones of addicts. 12 step programs include 12 step meetings where members go to share their experience strengt… More or website that we link out to. The content available on 12steppers.org is strictly for informational purposes and is written by active 12 step members.