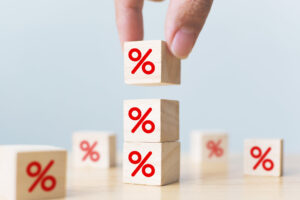 Many members of Alcoholics Anonymous swear that the programThis refers to any official course of treatment for addiction. This could be anything from in-patient facilities, to 12-step programs to harm-reduction programs. More has saved their lives and changed them profoundly for the better. For some critics of the program, AA is essentially a cult, built on pseudoscience with no tangible benefits for members.

This has been a difficult argument to settle. Until the last 20 years or so, it was particularly difficult to get good figures on the success of Alcoholics AnonymousThe original 12-step fellowship, formed in 1935, to help alcoholics, regain control over their lives. It remains the largest 12-step organization and has contributed to the sobriety of millions worldwide. Read more about Alcoholics Anonymous More.

However, the high-quality research that has been done, shows that AA has an impressive success rate. In comparison to other forms of treatmentA blanket term for concentrated efforts to help addicts transition to a healthier life. These can include any of the following (in isolation or combination): therapy, counseling, medication, harm reduction, or moderation. More, the 12-step program has fared either equally well or in most cases somewhat better.

The Obstacles to Conduction Scientific Research

Scientific research is a long and arduous process, particularly when the task is to measure outcomes over a significant amount of time. To conduct scientifically valid research on the effectiveness of the program, a researcher would need to track the success of members in recoveryThe process by which addicts attempt to break the hold a certain substance or behavior has on their lives. This can refer to participation in a wide variety of methods. What they all have in common, is a sense that life is improving and the addict is regaining control. More over time. To conduct a truly scientific comparison, they would also have to compare this success with outcomes for other comparable addicts.

The problem with research into Alcoholics Anonymous is the principle of anonymityAlcoholics Anonymous and all the 12 step groups modeled after it, protect the anonymity of its members. Members are forbidden from disclosing the identity of other addicts to outside sources or identifying themselves with the group on any form of public media. The idea behind this is to focus on the... More. It is one of the major traditions of the organizations that the identity of members should be protected. Also, meetings have traditionally been closed to the general public. This makes it highly difficult for researchers and scientists to identify members of Alcoholics Anonymous and track their progress in recovery.

Another problem is defining effectiveness and recovery. AA defines recovery as maintaining complete sobrietyIn 12-step programs, an individual is sober when they are no longer partaking in the behavior or substance to which they are addicted and living a better life following the program. Both are necessary to achieve sobriety. More. But that is not the only option. What if an individual no longer drinks too much and leads a normal life, but has not maintained sobriety? Does that mean the program was effective or not?

Another issue researchers have had to grapple with is the length of sobriety. What if, for example, an individual was sober for 15 years and then had a relapseThe act of returning to the harmful behavior associated with addiction after or during a process of recovery. This often involves a return to general destructive patterns of behavior. More into alcoholism? Does that mean the program failed because the memberAn individual who attends 12-step program meetings and has the desire to overcome addiction. More relapsed? Or did it succeed because of the length of sobriety? On some level, all benchmarks of sobriety are somewhat arbitrary.

A final problem is the issue of self-reporting. Researchers have neither the ability nor the inclination to follow members around and check if they are drinking or not. Instead, they have to rely on self-reporting by addicts. Unfortunately, people will often misrepresent their choices to make themselves look better. Indeed, it is easy to imagine a member relapsing and telling researchers that they have maintained sobriety out of embarrassment.

Luckily for researchers, AA has changed many of its policies over the years as alcoholism has become more acceptable in mainstream society. Many AA groups now have public meetings, which can be attended by researchers and provide an opportunity for them to meet and recruit test subjects.

They have also done their best to overcome the other obstacles. Although the length of sobriety and degree of “dryness” remain somewhat arbitrary markers no matter where they are drawn, a lot can be learned by comparison to groups of addicts who do not participate in AA meetings and have not worked the stepsThe steps are a practical guide to recovery and full spiritual life, laid out in the Big Book of AA, and used by a large number of groups ever since. By definition, a 12-step program is based on the belief that recovery is best facilitated by diligently working the steps. The steps guide addicts by ... More. Similarly, self-reporting can be partially overcome through comparison. While the exact rates may be inaccurate, there is no reason to assume members of AA will be less likely to be forthcoming about their sobriety than addicts who are not members.

The first widely respected study into the success rate of AA was completed in 2003. It found that regular attendance of meetings in the first few years of recovery was a dramatic factor in increasing the odds of a full and long-term recovery. Those who fully participated in AA and utilized all of its facets were 35% more likely to practice abstinenceThe act of not partaking in the substance or activity to which a member is addicted. The length of sobriety of addicts is determined following the period of abstinence. More from alcoholAn organic compound used in many products, most notably intoxicating drinks. Alcohol addiction is known as alcoholism. The first 12-step program was devised to deal with that malady. More than those who did not.

A few years later, a study was released focusing more heavily on the long-term fortunes of alcoholics. It found that while only 34% of those that were not practicing members of AA maintained their sobriety, a large majority of those who attended meetings regularly remained sober.

Indeed, the success rate of AA compares favorably to any of the other accepted treatments for alcoholism. Neither rehabilitation centers nor cognitive addiction therapy has recorded higher rates of recovery. One study found that between 22% and 37% of AA participants remain dry in the long-term, while those participating in cognitive therapy remained sober 15% to 25% of the time on average.

Indeed, most centers and treatment facilities now incorporate 1-steps into their treatments due to the proven success of the formula.

It Works if You Work ItA common 12-step saying, often used at the end of meetings. “Working it” refers to the steps. The idea behind the saying is that if you follow the 12-steps, you will be able to maintain recovery and healthy life. More

A large number of AA members drop out within the first year of membership. Even for those who remain and work hard, success in sobriety is not certain. It is certainly not a magic bullet and is best practiced in conjunction with other methods. Nevertheless, there is no question that for many alcoholics the 12-step programA 12 step program includes 12 steps of recovery to help those struggling with substance addictions or behavioral addictions. The 12 steps are also used in programs dedicated to helping loved ones of addicts. 12 step programs include 12 step meetings where members go to share their experience strengt... More has offered a chance at a healthy and productive recovery.

12steppers.org is not partnered or affiliated with any 12 step programA 12 step program includes 12 steps of recovery to help those struggling with substance addictions or behavioral addictions. The 12 steps are also used in programs dedicated to helping loved ones of addicts. 12 step programs include 12 step meetings where members go to share their experience strengt… More or website that we link out to. The content available on 12steppers.org is strictly for informational purposes and is written by active 12 step members.